Kate NV’s next recording, Room for the Moon, will be out on RVNG Intl. on June 12th. The Moscow based artist’s use of minimal grooves has become more fluid, with an assured hand at layering different textures. We have included two teaser tracks via Soundcloud here.

On behalf of Kate NV, a portion of proceeds from this release will benefit Mama Cash, an international fund that supports female-identifying, trans and intersex people’s movements around the world, as a part of our Come! Mend! initiative. 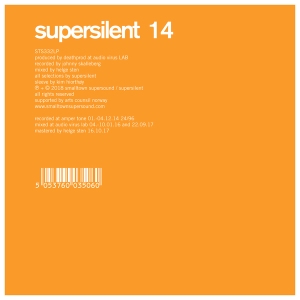 On Friday September 28th, Supersilent – the experimental trio of Arve Henriksen (trumpet, voice and electronics), Helge Sten (Electronics), and Ståle Storløkken (keyboards and electronics) – released a fourteenth album, their second for the label Smalltown Supersound. The group is best known for performances of “slow jazz:” avant jazz that unfurls at a gradual rate. Supersilent 14 revels in slow tempos, as the track “14.7” (embedded below) demonstrates. However, this time out there are a few other components shifted t0 make for a different listening experience.

The recording’s dozen tracks – labeled with numbers and nothing more – are relatively aphoristic, ranging from the horror movie industrial cast of the one-minute long “14.9” to the comparatively spacious and spacey “14.12,” which clocks in at five minutes and thirty-nine seconds. Thus, “slow jazz” tracks and more primarily electroacoustic soundscapes are allowed limited room for development, instead presented as atmospheres that often seem to begin in progress. Some Supersilent releases have hewed towards a lusher palette than 14, which instead tends towards the edgy. Henriksen’s trumpet is frequently distressed and sometimes subsumed by electronics. Sten, who also releases electronica under the name Deathprod, produced and mixed the recording. His approach revels in noise and overtones in nearly equal measure. The result is an impressive amalgam of both ends of the “sound art spectrum.” Occasional moments of recognizable patterning, like the Middle Eastern scalar passages that supply a coda to “14.4,” sounding all the more remarkable for their relative isolation in the proceedings.

At a certain point in their respective careers, most recording artists find it difficult to come up with fresh ideas. With “14,” Supersilent not only seems to have reconsidered their music afresh; they sound like a group just getting started.

All of us at Sequenza 21 are saddened to learn of the passing of Matt Marks. A musical polymath, he was a composer, new music advocate, provocative Twitter presence, co-founder and key organizer of New Music Gathering, and a versatile performer, both a vocalist-actor in various projects and a founding member of the ensemble Alarm Will Sound, in which he played French horn and for which he did imaginative arrangements.

I met Marks on several occasions, but will allow his close friends and family to share reminiscences of a more personal nature. Among all those who knew and encountered him, either as a social media presence or “IRL,” his intelligence, sense of humor, persistent advocacy for gender equality in concert music and other worthy causes, and formidable talent will be sorely missed. Condolences to the many people whose lives he touched.

A 2017 review in the New York Times of Marks’s opera Mata Hari.

And a scene from the opera:

Steve Smith, writing in 2010 in the NY Times, profiled A Little Death, Vol. 1, a performance piece and recording with soprano Mellissa Hughes for New Amsterdam. It served as an introduction to Marks’s music for many.

Arrangement of “Revolution Number 9” for Alarm Will Sound:

Death and Vanilla have committed a 2015 live performance of the unreleased film score The Tenant (1976) to disc (both magenta LP and CD) for Fire Records (pre-order here). It will be released on February 2, 2018. Check out album track “Dioz Delerium” via the Soundcloud embed below.

Marc Bianchi’s Her Space Holiday project returns with Gravity, a 4-song EP, on his own imprint, No More Good Ideas. 22 years on, still making formidable music. Check out Her Space Holiday’s single “Wounded” below.

Have you heard Kaitlyn Aurelia Smith’s The Kid (Western Vinyl, 2017) yet? Inspired by the loss of a friend, it is an electroacoustic journey from childhood to the loss of innocence, Armed with a Buchla Easel and supple voice, Smith articulates the experiences of childhood with winsome lyricism and an effulgent palette of synth timbres. It is easily one of the best electronica albums of late, and I’m naming it my choice for Best “Synth-pop” release of 2017.

Today we are cheering for one of Philadelphia’s finest bands. Bardo Pond will release a new album, Volume 8, on February 2, 2018. We are fortunate that they have decided to share a track from the album ahead of time with us. “Kailish,” a rousing jam riven with flute and distorted guitars, is below. 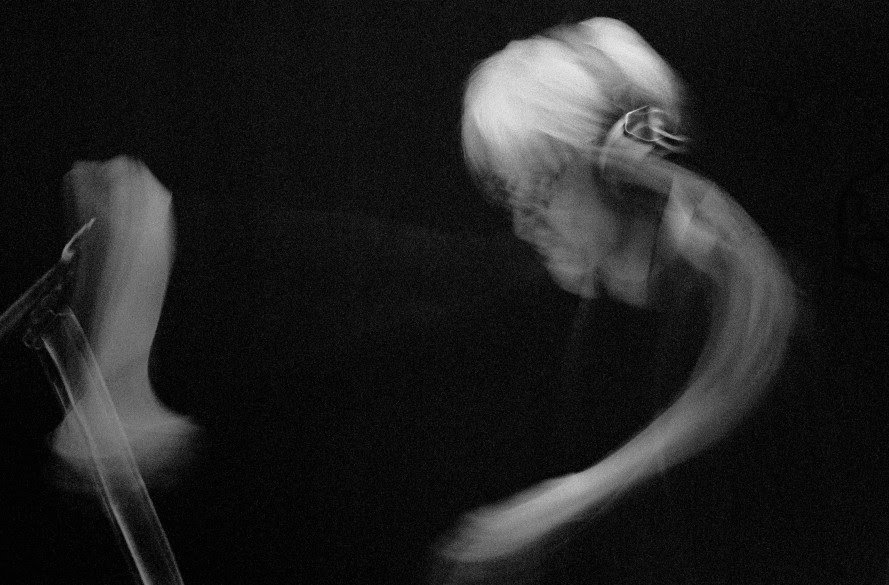 Ryuichi Sakamoto’s 2017 recording Async has received a great deal of “deserved” attention, and not only from critics and listeners. A number of musicians have remixed selections from Async, so many that Milan Records will release a compilation of their efforts, Async Reworks, in December. Below, via Soundcloud embed, hear Fennesz’s remix of “Solaris.”

Sakamoto fans can also look forward to his soundtrack for the Korean film Ikari (“Rage”). It will be released on Milan on October 27th. Here album cut “The Site” further down the post, once again via our friends at Soundcloud.

Erasure has just released “I Need You Now,” a “bonus track” from their World Be Gone EP.

Here’s one of the remixes from the EP: