On Friday September 28th, Supersilent – the experimental trio of Arve Henriksen (trumpet, voice and electronics), Helge Sten (Electronics), and Ståle Storløkken (keyboards and electronics) – released a fourteenth album, their second for the label Smalltown Supersound. The group is best known for performances of “slow jazz:” avant jazz that unfurls at a gradual rate. Supersilent 14 revels in slow tempos, as the track “14.7” (embedded below) demonstrates. However, this time out there are a few other components shifted t0 make for a different listening experience.

The recording’s dozen tracks – labeled with numbers and nothing more – are relatively aphoristic, ranging from the horror movie industrial cast of the one-minute long “14.9” to the comparatively spacious and spacey “14.12,” which clocks in at five minutes and thirty-nine seconds. Thus, “slow jazz” tracks and more primarily electroacoustic soundscapes are allowed limited room for development, instead presented as atmospheres that often seem to begin in progress. Some Supersilent releases have hewed towards a lusher palette than 14, which instead tends towards the edgy. Henriksen’s trumpet is frequently distressed and sometimes subsumed by electronics. Sten, who also releases electronica under the name Deathprod, produced and mixed the recording. His approach revels in noise and overtones in nearly equal measure. The result is an impressive amalgam of both ends of the “sound art spectrum.” Occasional moments of recognizable patterning, like the Middle Eastern scalar passages that supply a coda to “14.4,” sounding all the more remarkable for their relative isolation in the proceedings.

At a certain point in their respective careers, most recording artists find it difficult to come up with fresh ideas. With “14,” Supersilent not only seems to have reconsidered their music afresh; they sound like a group just getting started. 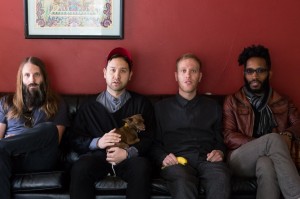 During recording sessions in Hanoi for Sex and Food, their last LP, Unknown Mortal Orchestra also worked with local musicians to create IC-01 Hanoi, a set of instrumental tracks. This collection, emphasizing jazz and Krautrock stylistic signatures, will be released October 28, 2018 on the Jagjaguwar label. Check out a teaser video for album track “Hanoi 6” below.

This week, Low released a video for “Rome, Always in the Dark,” one of the tracks off of their new Sub Pop recording Double Negative (released yesterday). 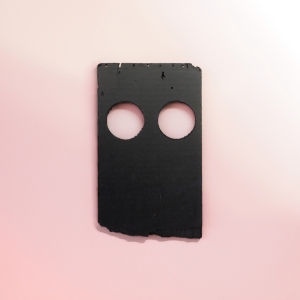 On Double Negative, Low, probably best known for its work as one of the premier slowcore bands, moves their music closer to an aesthetic involving deconstruction and electroacoustic elements. One saw glimmers of this approach on their previous album, Ones and Sixes (2015), but now the band approaches distressing and reconstituting recorded material, including warped cassette tapes, full on and with aplomb. It is a fascinating new layer that complements, rather than replaces, the duet vocals of group founders Alan and Mimi Sparhawk and the group as a whole’s knack for finding fetching melodies and fashioning memorable instrumental arrangements. Double Negative is one of the freshest-sound and best executed recordings to see release this Fall. For a band in its third decade together, this vitality is all the more remarkable.

On October 25th, Constellation Records will release Entanglement, the second solo release by Jessica Moss. A violinist and vocalist who is one of the central members of Thee Silver Mt. Zion Memorial Orchestra and co-founder of Black Ox Orchestar, Moss draws upon a prodigious range of influences: from the post-rock and avant-klezmer of the aforementioned groups, to drones and loops reminiscent of post-minimalism. Over the past year, she has honed the material of Entanglement at over eighty concerts, developing a side-long piece, “Particles,” and a suite of four “Fractals.” Impassioned, moody, and slow-burning, her compositions are some of the most compelling fare we have to anticipate this Fall.

Gil Rose directs the Boston Modern Orchestra Project, or BMOP. The orchestra’s in house label, BMOP/Sound, has released a spate of vital CDs of American music. I recently interviewed Rose about recordings already released on the label and a preview of the rest of 2018’s live and recorded events.

In recent years, BMOP has released several recordings that “crossover” into pop, what some writers have described “Indie classical.” Which of these projects do you think have most effectively helped the ensemble to grow musically? Do you approach conducting differently when a groove supplied by a rhythm section or drum kit is part of the proceedings?

Several projects come to mind including Eric Moe’s Kick and Groove  both discs we did of Evan Ziporyn’s music and Tony Di Ritis Devolution. I think that when you have a “kit” involved listening is at a premium. At that point its important to share the stage with the drummer and try not to be a groove buster while keeping all the proceedings together. I think there is a lot of trust in the orchestra which empowers the players.  That always brings out their best. I think we saw this at its best in our recording of Mackey’s Dreamhouse.

I found BMOP’s Wayne Peterson recording to be fascinating, both because theIre isn’t a comparable disc of his orchestra music and because of the history of his Pulitzer prizewinning piece “The Face of the Night, The Heart of the Dark.” At the time that he won the award, there was some controversy because Ralph Shapey was one of the other finalists and was told his work was rejected in the finals after being recommended by the music subcommittee. He got mad and was very public about it. Listening to the two pieces, they are certainly different but are in the same pocket, relatively speaking: One wonders what all the fuss was about Peterson winning. Did you two discuss the Pulitzer situation at all or do you have any insights? 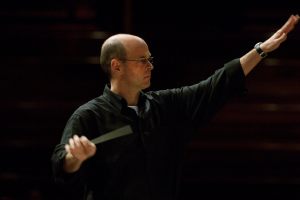 I never have discussed the Pulitzer “incident” with Wayne.  I think the piece is a knockout all by itself. It’s those American orchestral “Tone-Poems” that was likely to be forgotten in spite of the Pulitzer history.  Robert Erickson’s Aurorus in the same ilk. There are MANY others. Great works that have been left behind because they require a virtuosic orchestra to pull off but major American orchestras are unwilling to take them on for reasons that personify the stagnation of our orchestral culture.

Paul Moravec’s ‘secular oratorio’ seems to share an affinity with some British pieces in a similar vein: Tippett and Vaughan Williams, for example. Was that on your mind at all when preparing the piece for recording? Congratulations, by the way — it seems like a very challenging work — tough vocal parts as well as an ambitious orchestration — and BMOP/NEC pulled it off without a hitch.

I think you are right to point out the connection to English Music.  Though the piece is written for full orchestra it relies primarily on the strings. It gives it a sheen that makes it very exposed for the singers.  Also the the vocal writing is tricky because the tonality is extended in the direction of chromatasicm which makes the tunig hard for the singers while they still have to sound lyrical.  The subject matter is a challenge as well. The piece luckily (through clever design) has a few lighter moments as well as a good bit of hope to go along with the considerable pathos.

For Innova, BMOP and you recorded Ann Millikan’s “Symphony,” which deals with someone close to her battling cancer? Will you please tell us a little more about the impetus for this piece and the way in which you interpreted its very personal story?

Ann approached BMOP about making a recording of what for her was a very personal work.  We were honored that she thought of us. Although the piece is dedicated to, and about someone who died, it actually is more of a portait of his interests and activities.  It sort of functions as a celabration of his loves and life. I tried to bring out the character of each movement and how they related to the subject.

Del Tredici’s Child Alice is one of an extensive series of his pieces that are based on Lewis Carroll? How do feel that his take on the stories of ‘Alice in Wonderland’ and ‘Alice Through the Looking Glass’ are inhabited in the music of “Child Alice?” What did you do to prepare yourself and the musicians for dealing with the particular sound world and quirky expressivity of the piece?

I think the Alice stories and characters gave David the chance to deal in a kind of deep psychological exploration while at the same time show his sheer showmanship. His understanding of how music works at technical and sonic level when married his great sense of theater and sheer insanity creates an experience that you can’t prepare for.  All I told the players was buckle up as your about to go several Rabbit Holes at the same time.

Looking ahead to 2018, what are some of the recordings and activities to which BMOP listeners can look forward?

In 2018 we have a full slate of concert and releases.  We did a tribute to Joan Tower in February, In April were world premieres by Lei Lang, Anthony Di Ritis, Huang Rou followed by performances at the Library of Congress and June in Buffalo.  Upcoming releases include works by Charles Fussell & Peter Child the complete orchestra works of Leon Kirchner, a great Chen Yi CD and Tobias Picker’s Fantastic Mr. Fox and a few other surprises.

Information about BMOP’s first Fall concert is below.

Hannah Lash – Concerto No. 2 for Harp and Orchestra