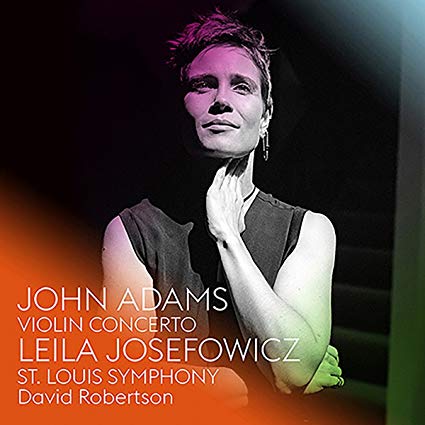 Some recordings become touchstones in one’s collection. Despite there being several fine renditions out there, the 1996 Nonesuch CD of Gidon Kremer playing John Adams’ Violin Concerto (1993), with the Orchestra of St. Luke’s conducted by Kent Nagano, is an abiding favorite of mine. Now, more than twenty years later, Nonesuch has bested its own best with the release of Leila Josefowicz’s recording of the concerto with the St. Louis Symphony, conducted by David Robertson.

Josefowicz is front and center in the mix. Since the violinist plays nearly constantly in the piece, and tends to evoke the actions of the orchestra more so than one finds in traditional concertos, this seems entirely appropriate. Her rendition of the piece is filled with crisply fluent runs and fluid dynamic shifts. The first movement is appropriately dramatic in cast, the second takes on a poignancy that is most affecting, and the finale is truly a bravura showcase for the soloist. In addition to the vibrant energy of Josefowicz, under Robertson the St. Louis Orchestra gives a performance that is both dynamically potent and attentive to detail.

While repetition remains an important component of Adams’ music, the Violin Concerto is a watershed piece for the composer in that breaks out of the boundaries of post-minimalism into a more versatile gestural language than he had previously used. In addition to this change in rhythmic practice, the concerto features greater chromaticism than one had previously heard in pieces by the composer. He fluently wends his way through a variety of key centers – there are even moments where post-tonality reigns supreme over triadic writing. These facets of his writing have only blossomed in the ensuing years. However, it is pleasing to be reminded of their roots in the concerto, particularly by such a persuasive account of the piece. 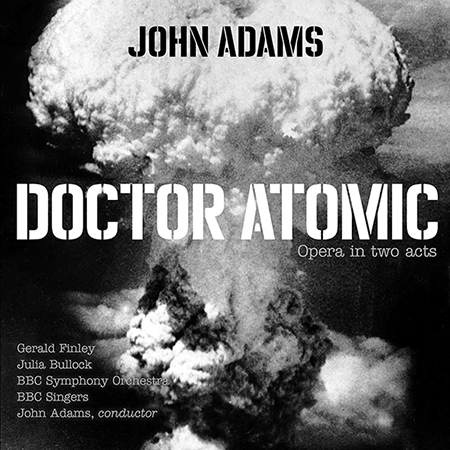 This is the label’s thirtieth CD of music by Adams; their connection to the composer dates back to the 1986 recording of Harmonielehre. On June 29th, 2018, Nonesuch will release yet another recording of music by Adams, and a particularly noteworthy one: the premiere CDs of his 2005 opera Dr. Atomic. More about that soon.