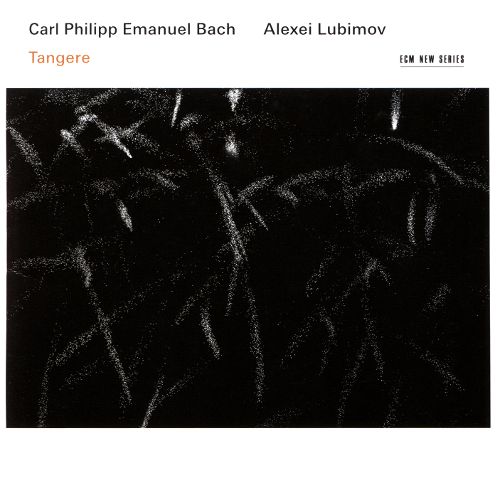 Sort of a hybrid in sound between harpsichord and fortepiano, the tangent piano had its heyday in the second half of the Eighteenth century; they are relatively few of them left in existence. While they are no match for the volume and intensity possible with a fortepiano or modern piano, the tangent piano often had a number of different devices with which to create dynamic nuance. Alexei Lubimov decided for his latest ECM recording to employ a modern replica of a tangent piano built by Belgian craftsman Chris Maene. He felt that it had the ideal variety of shadings and tone colors with which to interpret the work of Carl Philipp Emanuel Bach, a composer whose works Lubimov has in recent years championed.

C.P.E. Bach (1714-1788), one of J.S. Bach’s sons, was one of the most famous composers of the latter half of the Eighteenth century. Eclipsed by his father’s revival in the Nineteenth century, C.P.E. Bach is currently experiencing something of a revival of his own. A recent issue of Gramophone was devoted to his music. The piano concertos and solo piano works are being programmed again with greater frequency (dare one hope that his vocal and chamber music are next?). With Lubimov’s Tangere, listeners are afforded the double delight of hearing a fine cross section of the composer’s work played on a beguiling and multifaceted instrument.

C.P.E. composed keyboard music in a plethora of  styles and idioms. His most formidable pieces, two Fantasies in D#-minor and C-minor respectively, bookend the collection, replete with fluid tempo changes and florid runs. There are also a pair of sonatas, in three-movement versions of the form: fast-slow-fast, omitting the dance movement. The D-minor has a brilliant first movement that propels that the work forward, while the G major sonata relies on a three-chord pattern that Lubimov shapes with considerable delicacy. Pieces for left and right hand alone likewise are treated with sensitivity. Two rondos supply tunes of an angularity and variety that sometimes approaches C.P.E.’s father’s keyboard works. The disc is capped off by a number of shorter compositions, some less than half a minute long, titled Fantasies. One could see these wonderful miniatures serving as introductions to lengthier excursions or prompts for improvisation (Czerny’s book on improvisation is a commendable introduction to this method of learning impromptu playing).

Throughout, Lubimov makes the tangent piano the star, employing all of its various methods of expression to stirring effect. As such, it is one of my “Best Recordings of 2017” in the “solo instrument” category. One hopes that there will be additional outings in which he shares his art with us on this rare and fascinating instrument.