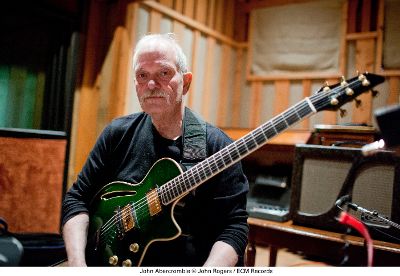 The extraordinary jazz guitarist John Abercrombie, has died at the age of 72. A player equally comfortable in acoustic and electric settings and in the roles of leader and accompanist, Abercrombie played in a variety of styles, encompassing free jazz, fusion, and standards. He was a consummately versatile, tasteful, and imaginative musician.

A large body of his work was recorded, from 1974, by ECM Records. His last release, Up and Coming,  playing in his regular quartet with Marc Copland, Joey Baron, Drew Gress,  was released earlier this year by the label. Other prominent collaborations include his Gateway trio recordings with Dave Holland and Jack DeJohnette, duo recordings with fellow guitarist Ralph Towner, and his appearance on Charles Lloyd’s recording “The Water is Wide.”