This week, The New York Philharmonic premieres their second commission by composer Julia Adolphe. The first, 2016’s Unearth, Release, was a warmly received viola concerto for Philharmonic Principal Violist Cynthia Phelps. The latest, White Stone, will be premiered July 26th as part of the orchestra’s Bravo! Vail series in Colorado. I recently had a chance to catch up with Adolphe about both of these collaborations, as well as her opera Sylvia. 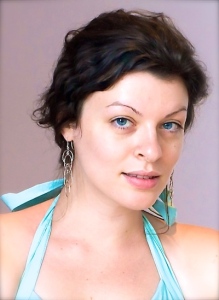 Who were/are your composition mentors at Cornell and USC? What is something that you’ve learned from each?

I’ve had two incredible mentors who’ve inspired me to become a composer. The first was Steven Stucky, who gave me private composition lessons for four years while I was an undergraduate at Cornell. I arrived at Cornell without any formal training in classical music and was very intimidated by the large group of (all male) doctoral students pursuing composition. Professor Stucky made me feel included and welcome, allowing me to take graduate level courses alongside his other students. Steven Stucky essentially taught me how to compose, to go from nothing on the page to crafting a vocabulary, playing with colors, and communicating ideas through music. At USC, I spent four years studying with Stephen Hartke, who taught me an enormous amount about writing for the orchestra and writing opera. With Professor Hartke, I learned how to write larger forms and develop a musical narrative. Hartke encouraged me to embrace my love of storytelling through my music. Most importantly, both Stucky and Hartke taught me specific compositional techniques and tools while encouraging me to trust and believe in my own voice.

You fashioned both text and music for your opera Sylvia. Tell me a bit about your work as a poet/librettist?

My first musical pieces that I wrote as a child were folk songs comprised of my own original lyrics. I always loved writing lyrics and stories as well as acting in plays and musicals. Opera seems like a natural extension of these early passions. I wrote Sylvia in 2012 and it is based on the real life experiences of my best childhood friend. The opera’s content was deeply personal and I wrote the libretto out of a need to tell Sylvia’s story. I love working with living poets and am currently setting a poem entitled Equinox by Elizabeth Alexander. For my next opera, A Barrel of Laughs, A Vale of Tears, based on the novel by Pulitzer Prize winning cartoonist Jules Feiffer, I will be working with librettist Stephanie Fleischmann. I am very excited to have such wonderful collaborators!

I have sung at Bargemusic and it can be a wobbly place to get your bearings. What was it like producing Sylvia there?

It was a lot of fun and an incredibly dramatic, yet intimate venue. I think the surreal setting and off-kilter feeling you experience on the boat fit perfectly with the dreamlike nature of the opera.

There are some great viola concertos in the literature, but the challenges facing composers of them is legendary: balance, orchestration, etc. Was writing for viola and ensemble an upfront part of the commission for Unearth, Release or did you choose to write for these forces?

The New York Philharmonic asked that I compose a viola concerto for their principal violist Cynthia Phelps. I was extremely excited about the challenge: the viola does not possess the same carrying power in terms of volume and brightness as the violin or the cello. It is a subtle instrument with dark tones and fragile qualities. Yet is has a singular expressive beauty. I worked closely with Cynthia, ensuring that every gesture was idiomatic and communicative for her instrument. During the rehearsals of the work’s world premiere with the Eastern Festival Orchestra, I was able to make revisions so that the viola could speak more clearly over the orchestra. Both Alan Gilbert and Jaap Van Zweden gave me feedback throughout the writing and rehearsal process and I learned an incredible amount about the orchestra along the way.

Did you know which pieces were going to be programmed alongside yours in Vail? If so, did that impact your composition of White Stone?

I knew from the beginning that my piece would be premiered alongside Gershwin and Dvořák, but I chose not to think about that. My goal when I write is to express my own voice and be as true to my own emotions, dreams, atmospheres and sounds as possible. Of course I am influenced by a host of composers, but to purposely seek out composers on the same program would make it harder for me to clarify my own thoughts during the writing process.

What else would you like for audience members in Vail to know in advance about the piece?

A white stone is an object that is both unique yet familiar, a jewel and a pebble, emerging from the dirt to become something treasured. The music rises from dark, murky textures, striving towards brightness and clarity. The cello and timpani are the first to surface from the discord, stirring action in other sections of the orchestra. The percussion serves to rally and activate the music, leading the orchestra upwards towards brighter harmonies and unified rhythms. White Stone captures the struggle to be resilient and powerful in the face of overwhelming obstacles and fear of defeat.