April 22, 2017 is the tenth anniversary of Record Store Day, a celebration of brick-and-mortar record sellers. After a strong start and a bevy of good press for the venture, there has been some pushback of late. A lot of the debate over the past couple of years has centered around the efficacy of RSD for sellers. There are always the hot items that are grabbed up by opportunists to be flipped on eBay for exaggerated sums. However, of late there have also been reissues poured into the market by big labels who have not traditionally been supportive of nor representative of the fare that has made independent stores distinctive. Some of these releases seem to languish in seeming perpetuity. Perhaps in response to these issues, this year RSD has trimmed their list of “Exclusive” releases and acknowledged that some will continue in the bins for a while, and be resupplied, with the “Record Store Day First” category. Also, plastered all over the RSD site is the slogan,”Support stores, not flippers.”

My wife and I have “done” Record Store Day in some fashion or another every year since its inception. Even last year, when I had my surgeries and couldn’t go, Kay took a wish list to favorite record haunts on my behalf. We have chosen to ignore the ugly side of it – the grabby people, the line-cutters, and the crass commercialism that has creeped into what used to seem more genuinely about celebrating the love of records and record stores instead of exploiting both. We look at instead in a spirit of fun, as our own scavenger hunt for releases we will enjoy throughout the next year and beyond. So enjoy Record Store Day. Happy hunting and Caveat Emptor.

Dust-to-Digital is releasing a 45 of two of the label’s favorite Cambodian singers: Sinn Sisamouth and Ros Serey Sothea. 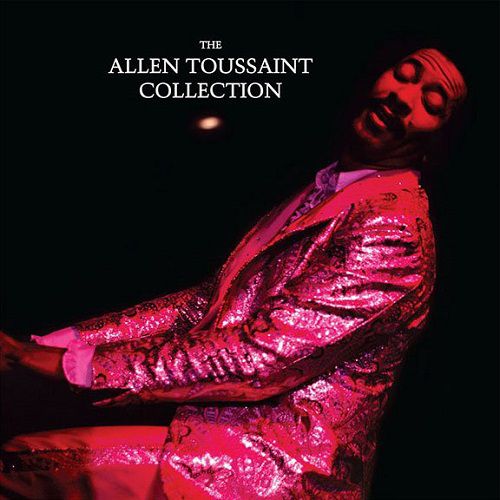 Nonesuch is reissuing recordings by Emmy Lou Harris, Randy Newman (his first five studio releases) and, the double LP I’m hoping to find, a compilation of selections by Allen Toussaint.

Animal Collective: Meeting of the Waters (12”)