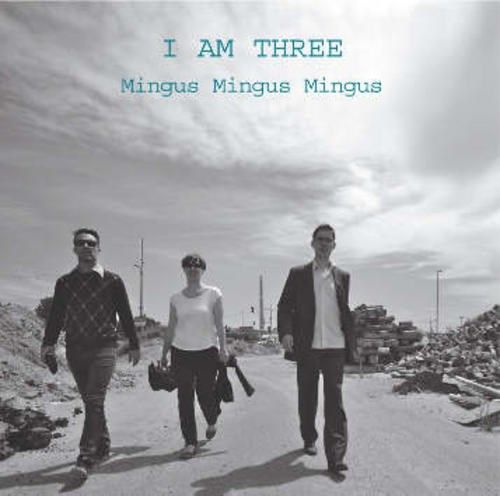 The trio I Am Three, consisting of alto saxophonist Silke Eberhard, trumpeter Nikolaus Neuser, and drummer Christian Marien, interpret compositions by the late Charles Mingus on their debut release for Leo Records (Eberhard has previously recorded for the label with different configurations). Mingus is, of course, a totemic figure in jazz. But he was a musician whose work can be seen from many angles, ranging from the neo-traditional – blues and early jazz signatures abound in his work – to modern jazz and the “Third Stream” experiments of the 1950s and 60s. All of this coexists in a mélange of stylistic plurality that still retains an individual stamp.

Thus, one might rightly think that Mingus would be a difficult composer with whom to grapple. While at first the muscularity of some of his best pieces would seem to indicate a durability that would allow for an open approach, artists who distort or exaggerate one aspect of his compositions’ multifaceted nature do so at the peril of unbalancing his nearly inimitable sound world. That is, in part, what makes I Am Three’s interpretations of Mingus so remarkable. The group manages to capture the spirit of piece after piece from his output with detailed touches that show careful study of the originals. At the same time, they bring original flourishes to the table, mostly by pushing Mingus’s music a bit further “out” than its original conception might have been. All of this is accomplished without a bassist.

For example, if one places I Am Three’s rendition of “Orange was the Color of her Dress, then Blue Silk” alongside Mingus’ various recordings of it, in solo piano and full band settings, the sense of homage is clear. The syncopated chordal refrain is kept intact, as is the chirping treble register interjection – here by Neuser instead of Mingus’s piano –  juxtaposed against a loping swing saxophone solo by Eberhard. All the while Marien alternates between accentuating the refrains in unison with the horns and pushing the beat slightly ahead of them to better underscore the laconic character of the solos. This all eventually devolves into a tutti passage of free jazz howling, ironically capped off by a return of the refrain in slow swing time.

“Better Get Hit in Your Soul” loses the inimitable bass and piano parts. I Am Three dispenses the tune without imitating them, focusing instead on the enwrapped horn lines and revelling in the tune’s lively groove. Neuser’s growling muted trumpet intro is a memorable feature of “Fables of Faubus,” as his succeeding polyrhythmic duet with Eberhard.

On “Self Portrait in Three Colors,” Marien’s drumming takes on an almost rock-like heaviness. After a blistering upper register tutti, once again the horns play independently minded yet intertwining solo lines. “Canon” provides a natural album closer, demonstrating Mingus’ ability to employ rigorous compositional procedures while simultaneously placing them firmly in a traditional jazz vocabulary. Mingus, Mingus, Mingus was my favorite jazz release of 2016, one to which I continued to return with great pleasure for fresh insights. Recommended.