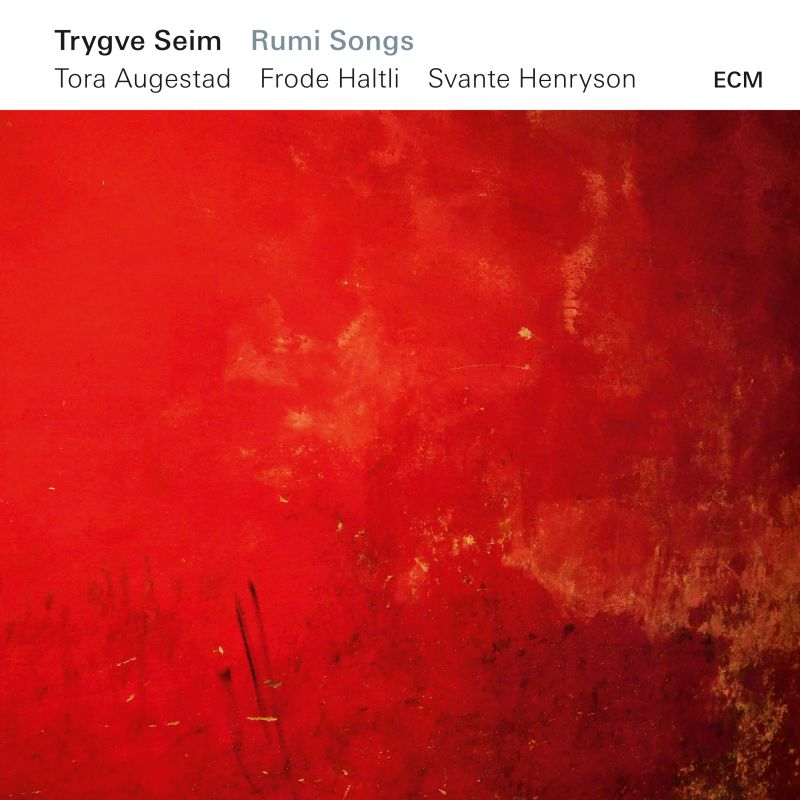 Coleman Barks is the best known contemporary English translator of the works of 13th century poet Jelaluddin Rumi (1207-1273). His work is the inspiration for saxophonist Trygve Seim’s off-kilter yet musically engaging Rumi Songs, a collection of present day lieder with a medieval Persian twist. The ensemble assembled for this project is an unorthodox grouping, with Seim on saxophones, mezzo-soprano Tora Augestad serving as vocalist, accordionist Frode Halfti, and cellist Svante Henryson.

The combination of textures that the group summons to accompany Augestad’s winsome vocals is abundantly varied but invariably pleasing. Halfti, in particular, brings a mercurial set of tone colors to bear, shadowing Seim and/or Henryson to craft beautiful amalgams of sound. Seim brings a strongly melodic sensibility to his solos, often doubling what was previously uttered by Augestad, but with the addition of tasteful filigrees. Although his sonorous tone sometimes anchors the low end, Henryson doesn’t just function in a bass-line role, but often revels in supplying countermelodies to fill in the proceedings. While it is an unexpected treatment of his poetry, Rumi is well served here by imaginative compositions in compelling arrangements.