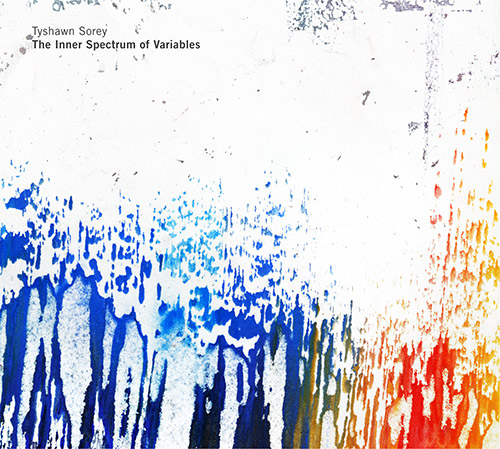 The Inner Spectrum of Variables

Composer Tyshawn Sorey’s latest recording is of a massive two-hour long suite for Double Trio. The Inner Spectrum of Variables finds Sorey conducting a group of longtime collaborators. Sorey has said that his approach to conducting serves as homage to Butch Morris, whose ensemble leadership was called “conduction.” He also contributes the percussion parts to the recording, ranging from textural excursions to thunderous swing.

Given its leader’s voluminous list of stylistic interests, it is no surprise that The Inner Spectrum of Variables is persistently eclectic. With four string players and a pianist in the mix, there is a great deal of opportunity for Sorey to explore his more classically-based approach to composition and improvisation. But the group can turn on a dime and play folk music seemingly from the world over, or get into a fluent post-bop groove. Despite the work’s considerable duration, the amount of quick changes of demeanor can be head spinning. That said, the return of discrete sections helps to provide an overarching structure that undergirds the proceedings. And unlike previous Sorey compositions, long swaths of lyricism abound here: an appealing addition to his already formidable compositional kitbag. Recommended.