Wendy Richman played my voice/viola piece “He Wishes for the Cloths of Heaven” (a Yeats setting) at the American Viola Society Festival 2016 at Oberlin College, performing both parts simultaneously. Here is a terrific recording of her live in concert.

As a composer and performer, I relish collaboration, both with poets and with fellow musicians. When writing for the voice, I greatly prefer working with living poets and always seek to involve them from the outset of a project. I find their input helpful in shaping my own creative process.

When bringing a new work to life for the first time, I often have specific performers in mind. They too prove to be an invaluable resource, helping to solidify the technical specifications that will be pragmatic for a particular work. But it is not only an artist’s technique that interests me: it is the individual sound that they make when playing or singing. For instance, a flutist with whom I’ve collaborated over a fifteen year period has amazing breath control, along with an incisive way of playing rhythm. His particular combination of style and technique informed my choice to incorporate a swing section into a recent commission.

It is equally exciting to see one of my compositions evolve through subsequent performances and interpretations. Sometimes, another artist will bring something entirely different yet compelling to a piece. One of the principal joys a composer can have is to hear multiple renditions of the same work. It also can be a new opportunity for collaboration and revision, through the rehearsal process.

One of my recent works, Quintet 2, is a case in point for this collaborative process. It was commissioned by a chamber ensemble that specializes in contemporary classical music and is capable of playing some of the most challenging scores in the repertoire. Knowing this allowed me great freedom in terms of the technical demands I imposed on the players. Thus, the last section of the piece includes quarter-tones, notes one finds “between the cracks” on the piano keyboard. Many of my pieces do not include extended techniques, but in this one I was able to experiment with them.

In the spirit of making the commission my own, I didn’t just focus on complexity: I also made sure to include melodic material and harmonies that would often coax them to play in a “lyrical” fashion. My own predilection for music that “sings,” irrespective of medium, thus was able to be represented by the piece as well. The tension that resulted between dissonance and consonance, lyricism and thorniness, simplicity and complexity, helped to express the conflicts that I wanted to explore in the piece. Having players who were willing to experiment at either edge of their comfort zone was a great help in bringing this piece to life. 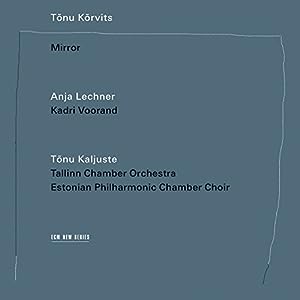 I was saddened today to learn of the passing of Dorothea, my Tai Chi and Chi Gong teacher. Dorothea provided a great source of inspiration to me, opening up new vistas of dealing with body and soul that I hadn’t previously explored.

A cancer survivor, she later proved to be an even greater source of support when I dealt with my own battle with the illness this Winter and Spring. We texted messages of support to each other, often when we were waiting for our respective doctors’ appointments. I will miss her and, as she often shared with me, wish her light and peace.

June 15 – Update: Tomorrow is the last day to place a mail order of LPs and CDs with OM. This just in via email from Other Music, one of the premiere (and one of the last) record stores devoted to experimental music left in New York City.

Composer/conductor James Wood has long been one of the “go-to” British musicians when it comes to percussion writing. For a number of years, he led Darmstadt’s percussion courses. He’s also organized and led vocal ensembles, notably Schola Cantorum of Oxford and New London Chamber Choir. Thus, his latest CD on NMC, combining voices and percussion ensembles, is a near-ideal way to appreciate his work.

Tongues of Fire is based on the story of Pentecost. Originally composed for Yale’s Glee Club, the piece brings out a Pan-American sensibility in Wood’s writing. The voice parts, impressively performed here by the MDR Leipzig Radio Choir, are in South American Spanish dialect. Correspondingly, the percussion parts feature salsa and other Latin rhythms. While the trip from Connecticut to South America seems a long one, the overall effect achieved here is stirring.

The second work, Cloud-Polyphonies, written for the Yale Percussion Group, is based upon various cloud-like formations. In the first movement, wooden instruments replicated the cries and flight of starlings. The second movement features metallophones creating mysteriously floating cloud-like formations. The finale, for over sixty drums, builds a thunderous buffalo stampede.

Tongues of Fire is led by Wood; Cloud-Polyphonies by Yale’s Director of Percussion Studies Robert Van Slice. Both do an admirable job with challenging pieces. As a composer, Wood not only has chops to spare. His aesthetic is an imaginative and purposeful one, which helps the listener to find compelling through-lines in each of his works.

Born in Tehuacan, Puebla, Mexico in 1957 and a resident of London since 1979, Hilda Paredes is one of the most prominent Mexican composers of contemporary concert music. Her latest recording on Mode presents five chamber pieces in riveting performances.

The title work, written in memory of British composer Jonathan Harvey, is a collaboration between violinist Irvine Arditti and Ensemble Signal, conducted by Brad Lubman. Like many of Paredes’s works that include stringed instruments, Señales features a great number of glissandos, both fingered and sliding. Wind instruments supply gusting, whistling glissandos too. This technique is complemented by long sustained notes and fast angular passagework. The piece also displays deft use of percussion, including vibraphone, marimba, cimbalom, and all manner of unpitched percussion.

Páramo de voces, for piano and tape, is performed here by Alberto Rosado. Acerbically nimble sections of melodic writing are succeeded by emphatic fifths and octaves. There is some playing of the interior of the piano and the tape part adds resonance and sustained flute-like timbres to the proceedings. The Pierrot plus percussion piece Homenaje a Remedios Varo, premiered by the Pittsburgh New Music Ensemble but played here by ensemble recherché, is cast in five short movements, almost like character pieces. The opening has a Feldman-esque sensibility about it: pianissimo and slow, with ambling placement of intervals. Elsewhere, the piece is populated by whirling motion and trills, harmonics, and Paredes’s ever present glissandos. There is a gradual buildup to a piano cadenza, followed by an exuberant finale filled with fast passages for each ensemble member in turn.

Adrián Sandi performs the solo bass clarinet piece Intermezzo malinconcio with precision and energy. Percussive single note punctuations, repeated passages, pitch bends, and angular lines demonstrate this as a composition that distills the essence of many of Paredes’s gestural interests. Some nice microtonal inflections too. ensemble recherché returns for the disc’s final work, Recuerdos del Porvenir. The group asked Paredes to use a particular plainchant, “Gloria Tibi Trinitas,” upon which to base the composition. The chant moves from the surface in melodic presentations to eventually be subsumed into the piece’s background. Recuerdos del Porvenir is remarkable in its composer’s imaginative use of this economic motive, deriving a great deal from the chant yet retaining the highly gestural and chromatic environment of her style. This recording is an engaging portrait of a fascinating composer.