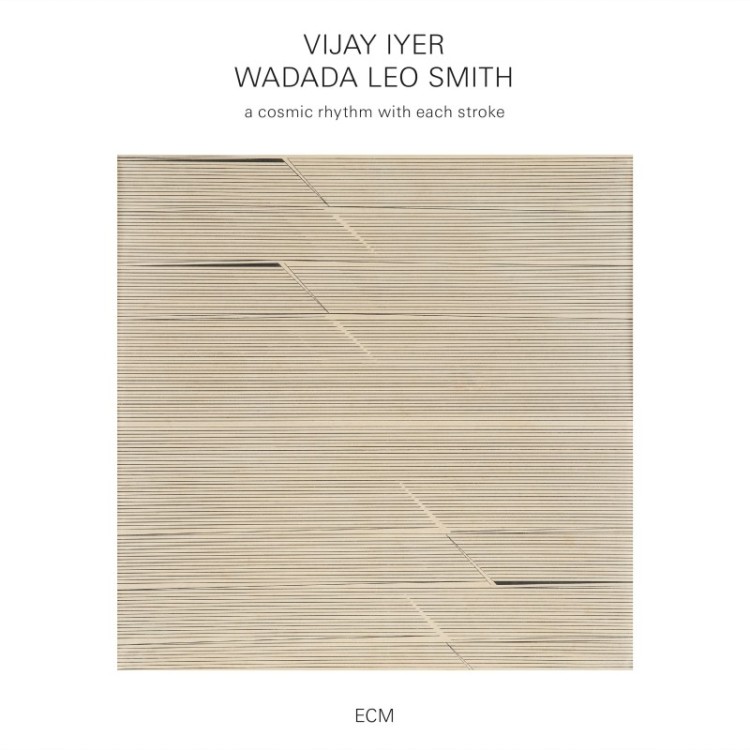 A Cosmic Rhythm With Each Stroke

A Cosmic Rhythm With Each Stroke is a duo outing featuring keyboardist (and recently hired Harvard Professor) Vijay Iyer and trumpeter elder statesman Wadada Leo Smith. The most striking aspect of the duo’s approach is their willingness to cede each other space in the proceedings. Thus instead of the rapid call and response we frequently hear from jazz duos, here there are often successive solos which mine connected musical territories.

The central part of the album is an extended suite titled A Cosmic Rhythm With Each Stroke. Dedicated to Indian artist Nasreen Mohamedi (1937-1990), it finds the duo exploring a variety of textures. In addition to piano, Iyer breaks out electronics and a Fender Rhodes, leavening the proceedings with a judicious use of each. Smith frequently explores the stratospheric range of his instrument, punctuating his solos with trills, staccato outbursts, and overblowing. When the two come together in closer colloquy, the intervening soloing morphs into an impressively rich stack of piquant harmonies and imitative gestures.

The CD closes with a truly beautiful composition by Smith, “Marian Anderson,” named after the celebrated African-American contralto. Along with the album opener, Iyer’s “Passage,” it brings out a different demeanor from the musicians: lyrical, less angular, and more directly collaborative. While one certainly appreciates the approach on the central suite, offsetting it with these two tunes is an elegant touch.