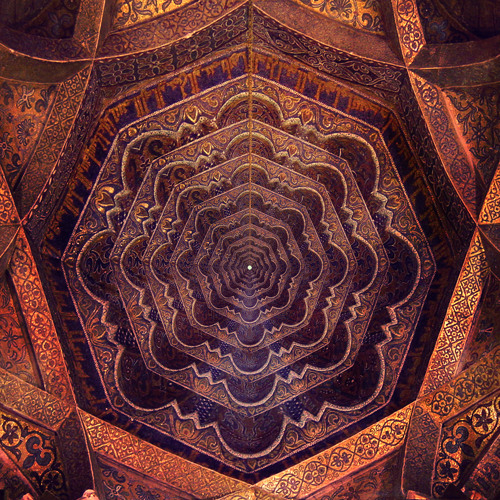 Breathing Statues is out May 6th on Carpark Records.

A Place Toward Other Places

While not hot off the presses (it was released in 2012), this disc is new to me and I’ve greatly enjoyed spending time with it. Richard Hawkins is a clarinetist with superlative technique and keen musicality. The Oberlin Contemporary Music Ensemble, conducted by Timothy Weiss, accompanies him in enthusiastic fashion. Their rendition of the Carter Clarinet Concerto (1996) is a study in contrasts, with the group playing muscularly while Hawkins spins arcing lines with cool command. There’s a similar dichotomy to be found in the performance of Benjamin Broening’s Clarinet Concerto. This does not in any way show the ensemble in a bad light. In fact, after hearing dozens of cool-as-ice performances by New York and European groups, it is a breathe of fresh air to hear these young musicians dig in con brio! Broening’s piece itself features many thrilling passages and is, as is most of his music, from a formal vantage point exquisitely well sculpted.

Things come into crystalline focus in the recording of the late William Albright’s Clarinet Quintet, with dovetailing strings turning on a dime and staccato and pizzicato passages delivered with precise accuracy. The piece is quite fetching; one hopes that more groups will take it up. The title work, by Aaron Helgeson, closes the proceedings in beautifully ethereal fashion. Hawkins and Weiss are not only a good team musically speaking; their curation of this recording’s program is thoughtful and artful.

A cover of the Joy Division song by Susanna and the Magical Orchestra.

I guess it is official …

This Week: Yeahwon Shin in Concert in the US: the New Classical on Musical America.