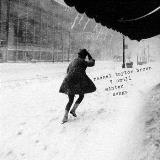 A real charmer for your streaming pleasure this Friday …

“I wrote this little album in one day and Jeff (Stuart Saltzman) and I recorded it in three, in the middle of recording Half Hours With the Lower Creatures. It started as a kind of joke/challenge I made to a friend, who declined to participate. I decided to plow forward and did write 10 songs in all, but wound up recording just these seven. I had to relearn the songs just to record them, and later, to play them live! p.s…Jeff’s cats were, per usual, a big part of this recording. You can hear Franz in Amsterdam (big jump from the top of the piano to the floor–plop!). Ida is a sweet silent presence throughout.”