Someone asked me where to start with recordings of the Britten song cycles. I would say always start with the source: Britten/Pears. Then anything recorded with Graham Johnson. Anthony Rolfe-Johnson, Phillip Langridge, and Robert Tear are also important to hear. I go back and forth on Bostridge. Are there more? Of course, but these will keep you busy for a while.

A new video (posted yesterday) of New York Polyphony live in midtown Manhattan at St. Mary’s. We have been playing the quartet’s latest BIS recording, Times go by Turns, in heavy rotation. The disc includes Renaissance masses by Tallis, Byrd, and Plummer as well as contemporary pieces by Gabriel Jackson, Andrew Smith, and one of the last works written by Sir Richard Rodney Bennett. “A Colloquy with God”, gifted by Bennett to NYP, is, simply put, a knockout.

The website eClassical is sharing a bonus track from the album, Tallis’s beloved motet “If Ye Love Me,” for download here.

Monday at the DiMenna Center, New York New Music Ensemble presents a program of works by Lukas Foss (1922-2009). Lukas (with whom I studied in the 90s when I was at BU) was a man of many musical talents with a near-omnivorous interest in a host of musical styles. Rather than try to present a comprehensive portrait of them all (a tall order in a single evening!), NYNME will focus on pieces from the mid-sixties through the mid-eighties, the period during which he was in his most experimental phase. In Echoi (1963), Foss made use of vast swaths of serial-inspired charts – there are pictures of them taking up whole walls of his studio. However, his performance directions add a measure of postmodern theatricality and there’s more than a bit of aleatory at work too. These seemingly disparate elements come together in a piece that is a masterful melange. Paradigm (1968), is more ebulliently chaotic still. Incorporating clangorous percussion and vociferous shouts alongside quasi-rock riffs from electric guitar, it channels more than a bit of the cultural and political revolutions afoot in the year of its composition.

Solo Observed (1982), began its life as a virtuosic solo piano piece, Solo, which found Foss experimenting with minimalism and maximalism at the same time. Solo Observed (1982, in versions for both orchestra and chamber ensemble), adds additional instruments, who observe, comment on, and sometimes even obstruct the pianist’s solo. The last work on the program, Tashi (1986), written for the star-studded chamber ensemble of the same name, is one of my favorite of Foss’s chamber works. Abundantly virtuosic and sumptuously harmonically varied, it is one of the best syntheses of the various styles and varied materials that fascinated Foss. Hunt down Rendezvous, the group’s 1989 recording on which it appears. Better yet, catch it live tonight.

More tweaking to perfect this app? Sure. But where has this been all my life?

On Saturday, October 19th at 8 PM, Singer-songwriter Dar Williams will perform at New York City’s Symphony Space. The concert is part of a tour in support of Williams’s latest studio album, In The Time Of Gods (2012, Razor & Tie). The album presents ten tales from Greek mythology which are repurposed by Williams to address contemporary issues. Like much of her previous work, the recording sits astride folk and pop idioms, creating an  ear-pleasing yet thoughtful and substantial impression.

Those who enjoyed the second disc of Many Great Companions, the songwriter’s 2010 greatest hits compilation, with its stripped down renditions of songs from her catalogue, are likely to be pleased with the acoustic setting in which the Symphony Space performance takes place. Instead of a full band, Williams will perform as part of a duo, singing and playing guitar, accompanied by pianist Bryn Roberts. 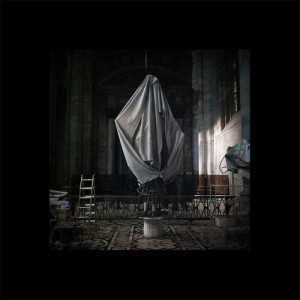 Tim Hecker’s Virgins is out this week on Kranky. Check out a teaser track, “Virginal II” via the Soundcloud embed below.


On Wednesday evening at 7 PM, the Cygnus Ensemble presents Modernism Through a Northern Italian Lens, a free concert at the Italian Academy at Columbia University featuring premieres by five contemporary composers: Giacomo Manzoni, Peyman Farzinpour, Daniele Venturi, John McLachlan, and Martin Boykan. The evening also features works by Dina Koston and Robert Martin as well as Columbia composers Fred Lerdahl and Georg Friedrich Haas. A co-production of the Italian Academy and League of Composers/ISCM, the event features a post-concert reception in the venue’s beautiful library.

A film by Derrick Belcham and Ruby Kato Attwood